The question has been posed about post World War II America; that our resounding success in winning that war adversely affected our post war foreign policy. That we took the lesson to be that since we won a huge war, huge wars could help solve world problems, like in Korea or Vietnam. Japan, on the other hand, go the opposite idea; Man war is a bunch of garbage. Don't misunderstand, I am thrilled America won and Japan lost, but, even though I lead off with this paragraph, I don't mean to talk about post-war foreign policy.

It seems that our current national dialogue is at a bit of a distance from where our dialogue as people is. It is starting to seep through somewhat, but not with the urgency and fury that it needs to. As to why, the answer seems quite simple to my mind, the governing class in our country, both the press and the politicians are burdened with a gigantic survivorship bias. I Imagine most of you are familiar with the term, but let me give a brief summation. Let us suppose that a commander orders 20 men to invade an enemy bunker. This invasion leads to a complete destruction of the bunker and only one dead soldier from the 20 person team. An amazingly successful endeavor. Unless you are the one soldier who was shot through the head running up the hill. From his standpoint, rapidly ascending to the spirit world, it seems like a gigantic waste and a terrible order, but we will never hear his side of things. We will only hear from the guys who survived, how it was tough going until they made it over the rise. How it was sad to lose one guy, but they knew that they would make it. They just had a feeling. Of course, that one guy had that feeling to, until he felt nothing.

In business survivorship bias is often discussed in relation to figures that omit failures. Let's say there is a new shopping mall and it has 5 stores that are making 20% more profits than the mom and pop stores that were on Main street. Well, this shopping mall must be miraculous. What if we knew that there used to be 15 stores in the shopping mall and that 10 of them went bankrupt? That shopping mall wouldn't seem so magical then.

How am I applying this to our national discussion? Think about how rife every national conversation we have is with survivorship bias. Even the passionate speech given by the television host or the brave actions of a lone congressperson are only a hazy refraction of what is really happening. They can, at best, empathize. By the very nature of the job, no one who delivers our nightly news is being adversely effected by the economy. In fact, they are probably at the apex of an upward course. Of course they feel that success is a by-product of their own hard work, and it is to a large degree. It is also luck and favor and timing. Our representatives as well, are, again by the nature of their jobs, successful. Without question, it was a high risk proposition and some candidates wipe out completely and disappear, but there are no poor representatives. Senators have a high paying job for 6 years and representatives in the house for 2. To many of us that is a dream. I would gladly settle for 2 years at a hundred thousand dollars. It is beyond my wildest imagination.

How can we expect decisions to be made on our behalf, and a dialogue to happen to our benefit when there is no real way for the people in charge of those decisions and that dialogue to understand the situation? On television poor people seem like an aberration and should, without question, be apologetic about their situation. The homeless might be a sad situation, but what mistakes did they make to get there? Not any mistakes that a TV host or a politician would make.

I am a school teacher, and I don't want to just speak for me, but I know that no one in the government or on TV works ten times harder than I do. I am sure they work hard, but the nature of my jobs ensure that no one outside coal miners and infantrymen work harder than I do. That applies to a lot of people out there. However, everyone on TV and in the government makes ten times what I do or more. How can we expect a fair conversation to happen under those circumstances?

attempting to silence the voices in my head.

moving from miyazaki to kyoto i persue a conversation with people i don't see anymore. 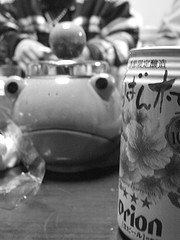 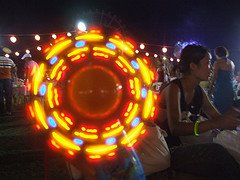 i find myself fixated on making lists. in large part this page will be an effort to extract them from my brain. please help me. feel free to play along. 100-500 greatest lyrics list make your own soccer team Weird Shit I See in Japan

stuff i check a lot